An agreement has been reached to establish a new round of talks involving all the main political parties in Northern Ireland, the UK and Irish prime ministers, Theresa May and Leo Varadkar, have said in a joint statement.

The public clamour for political progress following the killing of the journalist Lyra McKee encouraged both governments to launch a fresh attempt to restore power sharing in Northern Ireland, they said in a statement released on Friday afternoon.

“In coming together with other political leaders in St Anne’s Cathedral to pay tribute to Lyra McKee, we gave expression to the clear will and determination of all of the people of these islands to reject violence and to support peace and a better future for everyone in Northern Ireland,” the statement said.

“We also heard the unmistakable message to all political leaders that people across Northern Ireland want to see a new momentum for political progress. We agree that what is now needed is actions and not just words from all of us who are in positions of leadership.”

The new process would involve all the main political parties in Northern Ireland, together with the UK and Irish governments, it said.

“The aim of these talks is quickly to re-establish to full operation the democratic institutions of the Belfast/Good Friday agreement – the NI executive, assembly and north-south ministerial council – so that they can effectively serve all of the people for the future.”

The Northern Ireland secretary, Karen Bradley and the Irish foreign minister, Simon Coveney were due to unveil details at a joint press conference in Belfast later on Friday.

The announcement comes a week after the killing of McKee, which has sparked widespread calls to end the political impasse that has left Northern Ireland without a functioning government for more than 800 days.

Bradley and Coveney will ask political parties to resume talks at Stormont, the site of the mothballed assembly, “as soon as possible” after local elections on 2 May, according to the statement from May and Varadkar.

Theprime minister and taoiseach, who both attended McKee’s funeral in Belfast on Wednesday, also agreed that there should be a meeting of the British-Irish intergovernmental conference to consider east-west relations,… 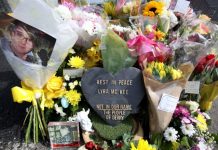 Theresa May could put off Queen's speech amid Brexit turmoil 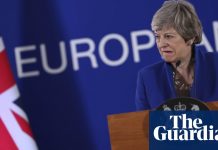 Downing Street under pressure to close down Labour talks on Brexit