HELENA — The anti-DUI measure that sparked a political furor Saturday, when it was revived by cramming it into another bill, is now dead after the bill’s sponsor decided to pull the measure from the Senate floor.

“I think a lot of legislators thought that the process was being circumvented, and I didn’t care to have it keep going,” Sen. Keith Regier, R-Kalispell, told MTN News on Tuesday.

Still, Regier said he’s disappointed the bill died because he felt it would have gone a long way to help combat drunken-driving in Montana.

“I’m disappointed for the people of Montana because it is a serious problem in this state,” he said. “When one to two people die every week because of impaired drivers, that’s serious.”

The proposal, crafted originally by Republican Attorney General Tim Fox, would have taken a number of steps to attempt to reduce drunken driving, including the use of blood draws from first-time drunken-driving suspects.

Supporters argued that a blood sample would make it more difficult for first-time suspects to beat the charge — and that the first-time offender, if convicted, is more likely to get into treatment or take other steps that will prevent them from becoming multiple offenders.

“Without that hard evidence, it’s hard to get a conviction,” Regier said. 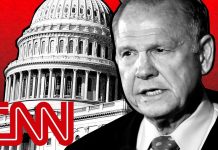 Governor Bullock Joins the Field of Candidates for POTUS 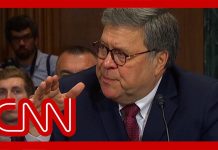 Controversial Steele dossier back in spotlight after Mueller report’s release