The Story:
Joe Walsh, a former US Congressman from Illinois, now a radio talk show host, is running for the Republican nomination for President, against incumbent Donald Trump. On ABC’s news-talk program Sunday morning, Walsh said, “Somebody needs to step up and there needs to be an alternative. The country is sick of this guy’s tantrum.”
The Background:
Throughout the Trump presidency, there has been an anti-Trump faction within the Republican Party, which sometimes uses the moniker “NeverTrump.” Yet whether that faction is going to be in a position to mount a credible challenge to President Trump’s renomination is an open question.
Whether, even if NeverTrump sentiment is sufficient for such a challenge, Walsh is the best available vessel for it, is another open question.
Walsh supported Trump in 2016. He seems to have been disenchanted, though, by the President’s chumminess with Russia’s Vladimir Putin at the notorious joint press conference the two men held in Helsinki in July 2018.
The Thing to Know:
George Conway, the husband of Trump adviser Kellyanne Conway, supports Walsh’s effort. “I think Walsh’s plan to attack Trump for his dishonesty, amorality, instability, and incompetence is absolutely the right approach, and I’ll do whatever I can to help,” Conway said in a statement. 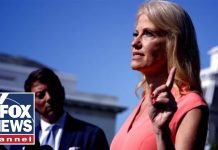 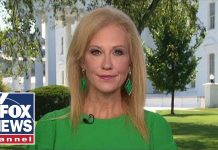 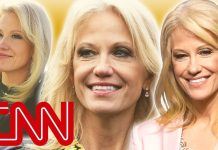 The secret to Kellyanne Conway’s success

Ryan Running for President: In the Blue Collar Lane