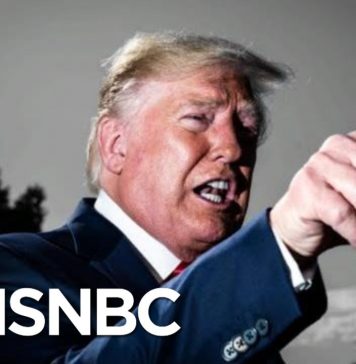 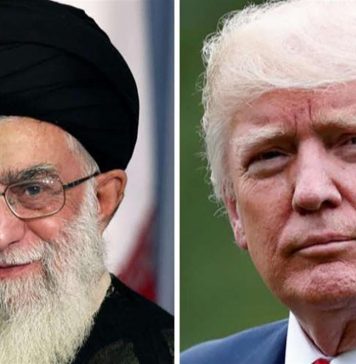 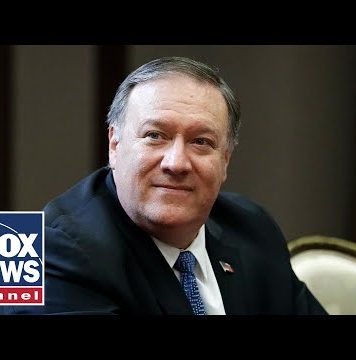 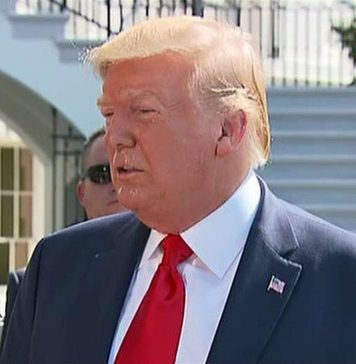 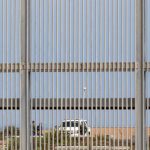 Contributor - September 1, 2017
Four U.S. Companies Have Been Contracted to Build Prototype Border Walls. Caddell Construction, Fisher Industries, Texas Sterling Construction, and W.G. Yates & Sons Construction, have each been charged with building a concrete wall that's 30-feet long and up to 30-feet high, NBC News reports. The DHS is also expected to commission four non-concrete wall prototypes. On completion, the government will evaluate the designs to determine which is the most suitable to implement on a massive scale along the U.S.-Mexico border. The four contacts are each worth between $400,000 and $500,000. Read more: This Graphic Shows Why President Trump’s Border Wall Won’t Stop Immigrants From Crossing "This is the first new initiative that adds to our bigger plans," Ronald Vitiello, acting deputy commissioner of the U.S. Customs and Border Protection told NBC News. “Testing will look at things like the aesthetics of it, how penetrable they are, how resistant they are to tampering and then scaling or anti-climbing,” he added. According to Vitiello, construction will begin in the coming weeks with the review process expected to take between one and two months. [NBC News] 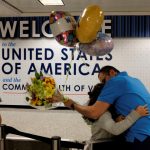 Those Who Were Barred From U.S. During Trump’s First Travel Ban Can Reapply for...

Contributor - September 1, 2017
Those Who Were Barred From U.S. During Trump's First Travel Ban Can Reapply for Visas. Under the terms of the settlement, the government agreed to notify an unspecified number of people overseas who were banned that they can reapply for visas with the help of a Department of Justice liaison for a three-month period. In return, the plaintiffs said they would drop all their claims. Gerlent said it's unclear how many people will benefit from the settlement because the government has refused to disclose the total. A DOJ statement read, "Although this case has been moot since March, when the president rescinded the original executive order and issued a new one that does not restrict the entry of Iraqi nationals, the U.S. government has elected to settle this case on favorable terms." The ACLU, along with the National Immigration Law Center and the International Refugee Assistance Project, sued on behalf of two Iraqui nationals after the Trump administration implemented a policy Jan. 27 that barred entry of visa-holders from Iran, Iraq, Libya, Somalia, Sudan, Syria and Yemen. One of the plaintiffs was Hameed Khalid Darweesh, a translator who has done work for the U.S. military, who was detained at John F. Kennedy International Airport. A federal judge blocked the ban eight days later in a ruling upheld by a circuit court. Rather than pursue an appeal, the administration said it would revise the policy. In June, the Supreme Court found that the narrower order could be enforced if those visitors lack a "credible claim of a bona fide relationship with a person or entity in the United States." 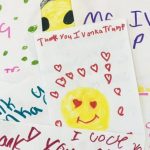 Contributor - August 27, 2017
Donald Trump’s handwriting ‘coming along nicely’, teacher says. Donald Trump’s penmanship is improving by leaps and bounds since becoming president according to his private tutor. As president, Trump is often required to write handwritten notes to staff as well as dignitaries and world leaders. This was considered something of a problem as Trump hadn’t written a single word since leaving high school at the age of 32. But after dedicating himself to private tuition, the president’s handwriting is ‘coming along nicely’, or so says his private tutor. ‘He can be a bit of a handful in class because he’s so easily distracted. But when he’s focused he’s as capable as anyone I’ve ever taught,’ said Ms Hancock, who typically teaches junior school students who require extra help. Ms Hancock told us that the secret seems to be focusing him on Ivanka Trump. ‘He writes a lot of deeply passionate notes to Ivanka about how much he loves her. Ivanka, I’m assuming is his wife,’ she said. 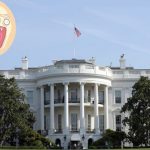 The sun ignores warnings not to look directly at Donald Trump

Contributor - August 22, 2017
The sun ignores warnings not to look directly at Donald Trump. The sun is said to be in ‘incredible pain’, physically, mentally and emotionally, after ignoring warnings not to look directly at Donald Trump. With President Donald Trump stood on the balcony of the White House, the sun ignored all health and safety advice by looking directly at the large orange mass. ‘I’d heard so much about him that I just wanted a little peek for myself,’ said the sun. ‘I thought a second wouldn’t make a difference but when we locked eyes it was like staring into a soul-sucking abyss.’ Frozen in fear, the sun managed to scream loudly enough to alert the moon. The moon took it upon itself to shield the sun from Trump, possibly saving the sun from mortal destruction. ‘I’m no hero,’ the moon told us. ‘I just did what anyone would have done. We need the light to combat the dark; and there’s nothing darker in the cosmos than Donald Trump right now.’ Trump has already taken to Twitter to call the entire event ‘fake news’ despite millions across America seeing the moon block the sun with their own eyes in a happening being called an ‘eclipse’ by scientists. 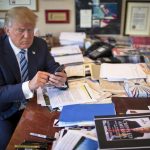 Contributor - August 21, 2017
Trump’s Horrific Spelling Reassures Nation That He Cannot Correctly Enter Nuclear Codes. WASHINGTON (The Borowitz Report)—Donald J. Trump’s demonstrable inability to spell even the simplest words has reassured many that he lacks the aptitude to correctly enter the nuclear launch codes entrusted to the President of the United States. While millions of Americans have lost sleep over the thought of Trump being anywhere near the nuclear codes, his failure to spell such words as “heal” and “tap” suggests that mastering a more complicated sequence of letters or numbers would be well above his grade level. “Giving one person the power to launch the most destructive nuclear arsenal in the world has always been problematic,” Harland Dorrinson, the director of the Society for Nuclear Security, said. “In their infinite wisdom, the American people have solved that problem by electing someone whose brain would be utterly flummoxed by the task.” While Trump has demonstrated an ability to use simple tools, such as a television remote or a fork, Dorrinson does not foresee him mastering the nuclear codes anytime soon. “This is not exactly the system of checks and balances that the Constitution intended, but we should all be grateful for it,” he said. 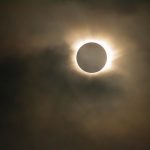 Contributor - August 19, 2017
Trump Says Sun Equally to Blame for Blocking Moon. WASHINGTON (The Borowitz Report)—Attacking the media for its “very unfair” coverage of Monday’s solar eclipse, Donald J. Trump said on Saturday that the sun was equally to blame for blocking the moon. “The fake news is covering the eclipse from the sun’s side instead of the moon’s side, but if you look at it from the moon’s side the sun is blocking the moon’s side,” he said. “There are so many sides you can’t count all the sides.” Additionally, Trump tore into the sun itself, calling it a “showboat” for its role in the solar eclipse. “The sun thinks the world revolves around it,” Trump said. “Sad.” Trump said the sun was a “big problem” that his predecessor, Barack Obama, did nothing to solve, but that that situation was about to change. “It will be handled—we handle everything,” Trump said, adding that a preëmptive military strike on the sun was “very much on the table.” 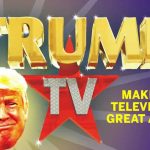 Contributor - August 18, 2017
Trump TV draws record ratings in Trump household. Donald Trump is celebrating today after being informed that Trump TV – his own personal TV network – received record ratings from within the Trump household. ‘This is bigly good,’ President Trump said. ‘The entire family are behind me 100%, maybe even more. What’s a number bigger than 100? If there is one, that’s how much they support me.’ ‘Real news’ focused on the positive in the Trump presidency so far and amazingly managed to last over three minutes. Unfortunately this was too long for the average Trump attention span. ‘I kind of got distracted and started looking at pictures of nudey women on my phone,’ admitted Eric Trump. The Trump family are hoping that Trump TV replaces Fox News as the number one watched news network in America. But we think it doesn’t go too far enough.

My rocket is bigger than yours, Trump tells Kim Jong-un

Contributor - August 9, 2017
My rocket is bigger than yours, Trump tells Kim Jong-un. President Donald Trump has told Kim Jong-un in no uncertain terms that he has the biggest rocket in the world and he’s prepared to blast it right in the North Korean leader’s face. With the nuclear threat from North Korea esculating almost daily, Trump took time out of his busy holiday schedule to set Kim Jong-un straight. ‘You think I want to be here when I could be on the golf course? This is what North Korea has made me do and I’m angry about it, so angry,’ began Trump. ‘There’s a lot of fake news on the internet about how I have a small rocket. Completely fake, so fake. Actually I have the biggest rocket in the world, much bigger than Kim Jong-un’s, and he’ll feel the full force of my rocket blast if he doesn’t back down.’ It is being called President Trump’s most phallic and borderline erotic speech to date. ‘Daddy can drop his fire and fury all over me any time he wants,’ said Conservative ring-piece Milo Yiannopoulos. Meanwhile the citizens of the world watch on as Earth begins to reach the climax of its final season with baited breath.
1...313233Page 33 of 33