Last week, the World Health Organization officially declared that the outbreak of the Coronavirus is a “pandemic,” that is, an epidemic likely to spread to all the countries on the globe. Well before that declaration, the Democratic and Republican Parties in the United States had thoroughly politicized the issue of response while denying that they were doing any such thing: such politicizing was achieved by accusing the people on the other side of the aisle of politicizing.

The virus causes only mild respiratory infections in roughly 80% of those it infects. Many of them recover without ever knowing what it is they had. But another 15% will develop severe symptoms, and the least fortunate 5% will need critical sometimes life-or-death care.

China and South Korea seem to have survived their outbreak. Italy is at a terrible peak. In the US, things will get worse.

The pandemic is often now invoked to prove that the US should have a single-payer system, where anyone can get tested or treated for it without regard to cost. But the usual riposte from opponents of such a reform is that the virus has done most of its damage in countries that, like Italy, have exactly that system. 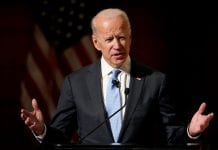 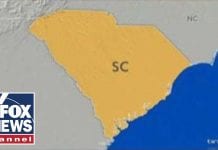 “I’m Not Saying He’s Responsible for the Nine Deaths.”

Prison Labor and the Presidential Campaign