Home Election News How to Think About Bilateral Trade Deficits

The bilateral deficit of US/China trade has long been a selling point for the trade policies of the present administration. It is an impressively large number ($419.2 billion in 2018). Should that worry Americans? And, if so, why?

How to Think about Trade:

I, personally, have a severe bilateral “trade deficit” with my barber. I constantly pay the barber for the service he provides to me, and the barber pays nothing to me. After all, I am an internet content provider and my barber, who has no website, has no need of my services.

This does not imply or even suggest that my barber is treating me unfairly.

As a general rule, then, a bilateral trade deficit between one country and another is not a policy concern. A global trade deficit (between me and the rest of the world, between this country and the rest of the world) is, on the other hand, a real concern. If I am buying more than I am selling IN GENERAL than I am either drawing down savings or going into debt. But the solution to that problem is generally to figure out how to do a better job selling/exporting, it is not grounds for a quarrel with one’s vendors.

Trying to replace imported goods with home-grown goods often proves a very misguided policy. This is so even if the import substitution is accompanied by a clever motto such as “Staff Writer and family first!” Further, I would do a lousy job cutting my own hair. 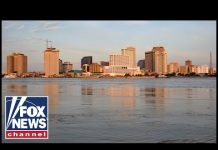