The Story:
On August 1, Representative William Ballard Hurd, from Texas’ 23d district (in the southwest part of the state, along the border with Mexico), announced that he will not be running for reelection next year, so that his current (third) term will be his last.
Background:
The 23d district is changing of late. It is becoming more challenging for Republicans, all along the ballot. Though Mitt Romney won this district in 2012, when he was the GOP candidate for President, Hillary Clinton won it in 2016, as the Democratic candidate for the same post.
Incumbents always have advantages in campaigns: visibility, name recognition, an established network of supporters, the good they can do their districts on the basis of increasing seniority, and so forth. But with Hurd leaving, the GOP will have to try to hang onto his seat without running an incumbent, and that may be tough.
The Thing to Know:
Hurd’s announced retirement is not unique. He is among a sizable group of Republicans in the House who have decided that this is a good time to return to the private sector.  It seems that the job has become a good deal less fulfilling for Republicans since the Democrats took over the leadership roles this January. 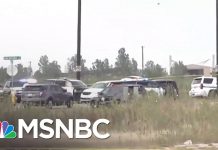 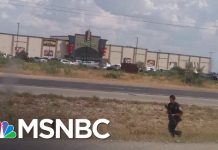 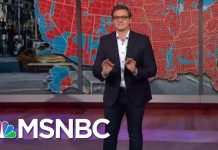 Hayes: We Should Run The Presidential Election The Way We Run EVERY Other Election. | All In | MSNBC