The Story:
This week, in a two day television extravaganza, the top twenty candidates for the Democratic Party’s nomination for President come together for a chance to exchange barbs and sound-bites, many presenting themselves to a broad national audience for the first time.
Background:
Televised debates have played an increasingly important role in the Presidential politics of the United States ever since 1960, the year of the first-ever such debate. That one was between Senator Kennedy (D) and Vice President Nixon (R).
Intra-party televised debates have been a fixture since the 1972 campaign, when the two leading candidates for the Democratic Party’s nomination, Senator George McGovern and former Vice President Hubert Humphrey, staged three confrontations with each other in the weeks leading up to the convention. Humphrey arguably won the debates but McGovern won the nomination regardless.
In November 2011, Texas Governor Rick Perry used his time on the Republican candidates’ debate stage to launch into a familiar campaign line about the three federal agencies he planned to abolish. But he forgot one of them, and stammered a bit until he gave up with the word “oops.”  His campaign never recovered.
The Thing to Know:
In recent election cycles the practice of debating has become institutionalized and, one might say, even ritualized. The events are still newsworthy in large part because it is so often the forum in which somebody makes a serious campaign-wounding, or killing, gaffe. No one wants to “pull a Rick Perry.” 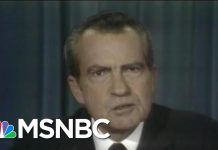 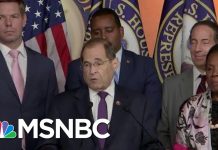 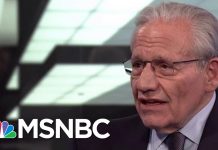 Woodward: Trump’s Not Nixon, But He Tried To ‘Strangle’ Probe | The Beat With Ari Melber | MSNBC

Doug Jones: The Most Vulnerable Incumbent