WASHINGTON — At 9:34 on the November morning after Donald J. Trump was elected president in 2016, Kirill Dmitriev, the head of Russia’s sovereign wealth fund and an informal envoy for President Vladimir V. Putin, sent a text message to a Lebanese-American friend with ties to the Trump campaign.

Mr. Dmitriev wanted to connect quickly with someone in Mr. Trump’s inner circle, preferably Donald Trump Jr. or Jared Kushner. By the end of the month, he was in touch with Rick Gerson, a friend of Mr. Kushner who manages a New York hedge fund.

The two discussed a potential joint investment venture. But the special counsel’s report released Thursday suggested that Mr. Dmitriev’s real interest lay elsewhere: He had been instructed by Mr. Putin, he told Mr. Gerson, to come up with a plan for “reconciliation” between the United States and Russia.

Mr. Dmitriev and Mr. Gerson worked together on a two-page proposal for how the nations could cooperate on a variety of fronts. That document, the report said, later made its way to Mr. Kushner, Rex W. Tillerson, the incoming secretary of state, and Stephen K. Bannon, Mr. Trump’s chief strategist. Nothing came of the idea that the Russian sovereign fund would invest with Mr. Gerson.

The outreach by Mr. Dmitriev, according to the special counsel’s report, was part of a broad, makeshift effort by the Kremlin to establish ties to Mr. Trump that began early in the campaign and shifted into high gear after Mr. Trump’s victory. Those efforts were channeled largely through people in the business world in both countries. Especially after the election, they led to a conflation of diplomatic and financial interests that was a stark departure from the carefully calibrated contacts typically managed by an incoming administration in the United States.

Mr. Trump’s on-the-fly campaign, lack of preparation for victory and disorganized transition created a vacuum that, as Russia sought out avenues of access and influence, was quickly filled by a number of people from outside established foreign policy circles, many of whom appeared eager to portray themselves as access brokers or to generate business opportunities.

The special counsel, Robert S. Mueller III, did not find a criminal conspiracy by Mr. Trump or his campaign to influence the outcome of the election. But his report made clear how vigorously Mr. Putin sought to find points of contact and influence with Mr. Trump’s team — and how many people on the American side were willing to participate to one degree or another in discussions that touched on topics as varied as Mr. Trump’s desire to build a Moscow hotel to United States policy toward Ukraine.

It is not clear that the Russians had much, if any, success in influencing American policy through the back channels they established, although Mr. Trump’s comments often strike foreign policy experts as remarkably sympathetic to Mr. Putin. But the would-be influence peddlers in the United States and in Russia generally proceeded without much regard for the growing recognition that Moscow had just interfered in multiple ways with the American election and that any contacts outside established channels — especially those that mixed business and diplomacy — carried substantial political risks.

Angela E. Stent, a Georgetown University professor who recently wrote a book on Mr. Putin’s reign, said Mr. Trump’s willingness to tolerate informal interlocutors in the foreign policy field was “unlike any administration I have ever seen” but not unlike Mr. Putin’s own style.

The Trump White House, she said, is comfortable with “all these informal ways of doing business,” including giving a heightened role to family members and friends who are not required to disclose potential conflicts of interest or abide by government ethics rules. “That’s how the Russians like to operate,” she said.

According to the Mueller report, Mr. Putin wasted no time enlisting Russian oligarchs to carry the Kremlin’s message after Mr. Trump’s election. He convened an “all-hands” meeting of the country’s top oligarchs in December to discuss the risk of the United States imposing further sanctions in retaliation for Moscow’s interference in the election.

One of those oligarchs, Petr Aven, who leads Alfa-Bank, Russia’s largest commercial bank, also met privately with Mr. Putin shortly after Mr. Trump’s election. He told the special counsel that the Russian president expected him to build inroads with the incoming administration, then repeatedly queried… 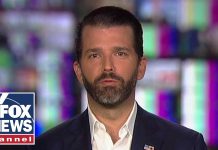 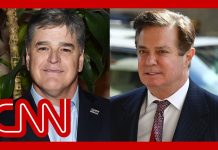 Manafort texts to Hannity: Would never give up Trump or Kushner 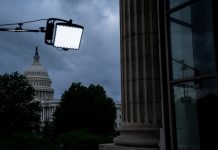 Does Chakali Ailamma’s Telangana have no place for women in politics?