Politics is inherently divisive. In Kentucky, I believe these divisions originate from the historical impropriety of the Commonwealth’s political leadership. However, Kentucky politics has an optics problem today that’s independent of its history: the perception exists that the Commonwealth is currently a corrupt state. It’s a problem that transcends parties. Unfortunately, a myriad of reasons allows us to buy into this perception.

The Thomas Page Affair from the mid-1800s describes how Grant Green, the State Auditor, discovered his predecessor, Thomas Page, manipulated sheriffs to deposit their on-duty collections into Page’s bank. A few years later, James William “Honest Dick” Tate became State Treasurer and possessed a sterling reputation among his colleagues while in office. That is, until he stole nearly $250,000 from the state in 1888 (about $6.5 million today) and apparently disappeared to China. The sordid tales only took off from there; the 19th century established precedence for later misdeeds in Kentucky, where public officials used their positions to improperly enrich themselves and many of their associates.

Notably, despite much-needed ethical reforms under Gov. Bert Combs in the 1950s, the latter part of the 20th century was packed with sketchy behavior, with a particularly fruitful stretch occurring between 1986 and 1991. In 1986, the FBI arrested a former State Police Commissioner, a state judge, a former gubernatorial candidate, a county executive, a sheriff and seven others on charges including conspiracy, extortion, public corruption, insurance fraud, and federal narcotics violations. Beginning in 1987, Gov. Wallace Wilkinson was audited by the Italian Tax Police (after a federal grand jury and an FBI investigation revealed shady overseas business deals), was caught up in the Kentucky Central Insurance scandal (since dubbed “The Kentucky Enron”), and was accused of nepotism (he funneled large state contracts to businesses who donated to his wife’s failed gubernatorial campaign). And then along came Operation BOPTROT: between 1992 and 1995, the FBI convicted 17 individuals associated with the state government (including the Speaker of the House) on… 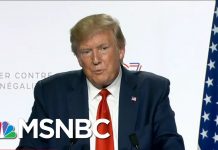 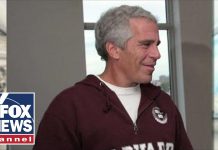 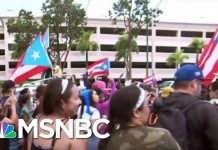 Trump lawyers to Mueller: Trump cannot be forced to testify –...