Already a subscriber? Log in to make this banner go away.

The Intellectual Dark Web wants to defeat identity politics. But that won’t happen unless it develops a positive concept of identity.

There is something refreshing about the tendency of earnest people to mistake politics for an intellectual endeavor. These days, when the American people are fed a media diet of info-tainment, talking heads, and “fake news”—when public argument prizes purity over objectivity—a mass movement aimed at restoring free thought would appear a welcome intervention.

In many ways, the Intellectual Dark Web (IDW) represents just such a movement. Heterodox, empiricist, and cross-disciplinary, the IDW serves as a valuable check against the toxins of anti-intellectualism on both the Left and Right. Its members include Sam Harris, a neuroscientist and podcaster; Eric Weinstein, an investment banker at Thiel Capital; and (most controversially) Jordan Peterson, an outspoken critic of speech codes within and beyond the academy.

Yet because all politics is in some sense a matter of identity—our loyalties to groups and causes larger than ourselves—the phenomenon we call “identity politics” cannot be defeated without acknowledging the fact of social identity. Only by recasting identity in more inclusive terms—by focusing more on what we share and less on what we don’t—can the IDW achieve its goals.

First, though, we should get clear on just what identity politics is. The term is notoriously polysemous, admitting of multiple and at times conflicting definitions. Mark Lilla, for instance, defines identity politics as any politics that concerns identity—an extremely broad concept. The Civil Rights struggles of the 1950s and 60s count as identity politics, Lila explained in an interview with Steve Paikin, because they integrated “African-Americans, women, gays, into the great American democratic we.” The goal was to enlarge the notion of Americanness so that it included previously marginalized groups.

But after the great mid-century successes and reforms, the movement took on a new emphasis.

In the 70s and 80s there was a shift to a second kind of identity politics, which was more personal, and about myself and my own very complex identity, and also a politics of difference. So rather than it being about bringing us together into a great “democratic we,” instead doubts were raised about the existence of it, and politics came to be conceived of on our liberal side as a politics of groups, of movements, and not party politics with a message that would offer a vision of American destiny that would attract Americans from all walks of life.

What began as an attempt to democratize rights and ideals morphed into form of tribalism that encouraged people to identify their interests with this or that demographic, rather than with the nation as a whole. Consequently, individual identity as an American was subsumed into group identity based on race, gender, and other factors.

That is the version of identity politics that predominates today, and the one Lila criticizes. He fears a politics that does not seek to unify our diverse experiences of American identity into a coherent whole greater than the sum of its parts. Francis Fukuyama agrees, arguing that the great threat of identity politics is not merely its de-emphasis on the individual, but its breaking of our larger identification with the nation:

I think that national identity as a practical political project is really the level at which you need to think about building these communal values, because frankly political power is still organized around these things we call nations, and those political institutions aren’t going to work unless you have those kind of integrative identities.

According to Fukuyama, it’s not the existence of… 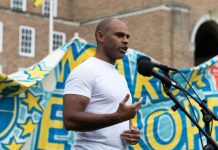 Marvin Rees: Cities can help the left develop an inclusive politics of migration 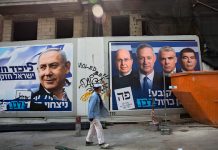 Tory rebellions against May’s Brexit plans ‘could bring down government’