The three bullets that killed his friend shocked actor Prakash Raj. What followed stunned him even more. Within hours of the murder of journalist Gauri Lankesh in September 2017, Twitter trolls — many of them followed by Indian Prime Minister Narendra Modi — began posting celebratory messages. When Raj questioned Modi’s silence on the posts, the trolls hit back with bigotry, referring to his Catholic mother and Hindu wife.

A year and a half later, Raj, 54, is ready for battle again — the biggest one of his life. For 30 years, the multilingual winner of five national film awards has challenged the norm in the movie industry, acting in five languages — Kannada, Tamil, Hindi, Malayalam and Telugu — in a country where few have made that transition easily. This time, he’s taking on India’s entrenched political establishment in the 2019 general elections, history’s largest ever democratic exercise.

Tall and with a big build, Raj doesn’t have the chiseled face or body of a typical film star. Instead, it’s his rugged looks, warm but naughty smile and twinkling eyes that will greet voters from campaign posters as Raj contests as an independent candidate from Bangalore Central constituency, India’s hub of tech innovation and the capital of the state of Karnataka. The government in power — led by Modi’s Hindu nationalist Bharatiya Janata Party (BJP) — is the target of much of his criticism. But he’s also unsparing of the Congress, India’s grand old party now in opposition. He’s adamant about not joining any party.

“Political parties are a trap,” Raj tells me, sitting in his office, with a window overlooking the city’s busy traffic. “Ultimately, a member of parliament from a party has to do what the party wants — not what the people want.”

It’s hard to put Raj in a box, let alone a trap. He may be one of India’s best-known current actors, but Raj says he hates watching movies. “I would rather read in my free time.” Or listen to Frank Sinatra. His drink of choice changes with the seasons — cognac in the winter, beer in the summer. Raj mostly plays the antihero on the screen — his “Aata majhi satakli,” which loosely translates to, “Beware, I’ve lost all control over my temper,” from the 2011 Bollywood super hit Singham, is one of the most iconic lines in recent Hindi cinema, often heard on the streets of Mumbai. In the film, he plays a corrupt politician involved in smuggling, extortion and abduction. In real life, though, he hopes to wear the white hat. 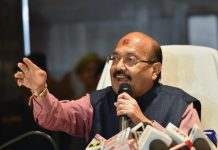 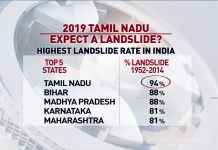 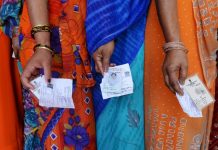 Politics Report: The Lure No City Attorney Can Avoid Anymore

Political Cornflakes: Take a look at the winners and losers in...