The “Medicare for All” bill that presidential hopeful Sen. Bernie Sanders released Wednesday is more likely to be litigated on the campaign trail than in the halls of Congress. And it highlights a rare political divide among Democrats on one of their marquee issues even as the party seeks to appear unified.

Supporters of the Vermont independent are vying with Democrats who prefer to expand and protect the 2010 health care law. Those differences have recently been overshadowed by larger fights between the two parties after the Trump administration broadened its position in a high-profile lawsuit by calling to strike down the entire 2010 law.

But the Sanders bill may become a point of contention in 2020 primaries. It is likely to be the most progressive and one of the most talked-about health care plans on the campaign trail.

Flanked by New York Sen. Kirsten Gillibrand, a 2020 rival, Sanders compared the movement for Medicare for All to the civil rights and women’s movements, vowing that it would end the health care industry’s for-profit motives that he says some people pay for with their lives.

From the archives: Single Payer vs. Medicare for All

Sanders acknowledged in a statement Wednesday that the bill does not have enough support to pass even through reconciliation, a budget procedure that allows the Senate to pass legislation with 51 votes. But he said elected officials and candidates “should do what grass-roots Democrats want them to do.”

He called for a return to the “talking filibuster,” and noted that the vice president can overrule the Senate parliamentarian to determine what can be passed through reconciliation.

“Once we have — and I believe it will be sooner than later — a Democratic majority who are prepared to vote for Medicare for All in the House and Senate, we will pass it,” he said. “I can tell you that a vice president in a Bernie Sanders administration will determine that Medicare for All can pass through the Senate under reconciliation.”

Want insight more often? Get Roll Call in your inbox

Republicans jumped on Sanders’ proposal, warning that it would cause millions of people to lose their employer-sponsored insurance and would raise taxes, possibilities that polling shows are unpopular among voters.

“Self-proclaimed socialist Senator Bernie Sanders is proposing a total government takeover of healthcare that would actually hurt seniors, eliminate private health insurance for 180 million Americans, and cripple our economy and future generations with unprecedented debt,” White House Press Secretary Sarah Huckabee Sanders said in a statement. “The Trump Administration is working on realistic solutions to provide Americans with the options and control they want, the affordability they need, the ease they expect, and the quality they deserve, rather than forcing a government takeover of the healthcare system.”

Republicans are eager to try to frame the 2020 health care conversation in terms of the Sanders proposal and tie candidates on all levels to positions that the GOP calls too liberal.

“Democrat Senate candidates can try to hide, but we will make certain voters… 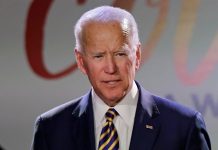 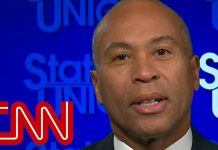 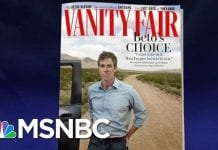 Kamala Harris went on ‘Ellen’ and proved why presidential politics is...