This is a modal window.

For the first time in nearly a decade, the police department has taken a central role in the Dallas mayoral race.

In forums, ads and other venues, nearly all of the nine candidates running for mayor have highlighted plans to fix the shrinking department, bolster a shaky pension fund and speed up rising response times.

Most have said higher police pay — even more than the raises officers just received months ago — is needed, although it’s unclear where the city would get the money or even if they could. Some also say City Hall needs new incentives to entice and retain officers — or even a new police academy building. And a few want to explore ways to boost the first responders’ pension system, even if it means new debt.

Dallas political strategist Clayton P. Henry — who is working on local elections but not the mayor’s race — said that crime is regularly a top concern in local municipal elections.

But whichever candidate wins will have to confront a different and more dire situation than Mayor Mike Rawlings faced on his first day in office. When Henry consulted on former Dallas Police Chief David Kunkle’s campaign against Rawlings, a businessman, in 2011, the recession had turned the focus away from public safety and toward economic development.

“Back then, our crime rate had dropped. We had some good years. People felt pretty good about that,” Henry said.

Kunkle declined to comment directly on the police department’s current state and the mayoral race. But he said today’s issues seem far more pressing than during his mayoral run, during which he “can’t recall” police issues playing a major part in his campaign.

Race for the public safety mantle

This year’s contenders have tried to cast themselves as the public safety candidate in the nonpartisan race. Some tried to get creative, offering solutions — at times vague ones — to dig up millions in the budget for cops.

But those efforts could be at least partially stymied if the Legislature passes restrictions on local property tax revenue. The police department is still the single-largest general revenue budget item in Dallas, eating up about $486 million of the $1.3 billion discretionary budget this fiscal year.

“We need to constantly be monitoring the market and be willing to move our salary upwards when we have to,” Johnson said.

Johnson said he plans to pay for improvements for police by growing southern Dallas — which was also a priority for Rawlings — through business developments to add to the city’s tax base.

“Stuff that doesn’t exist today, it needs to exist tomorrow so there’s new stuff to tax,” Johnson said. “We need to expand the tax base that way.”

Lynn McBee, a nonprofit CEO, said the city can’t grow its way into funding public safety. Instead, she said, if public safety becomes a priority, then growth will follow.

McBee wants to use hotel-occupancy tax revenue that is spent on VisitDallas to pay for arts expenditures. Doing so could free up general fund revenue for public safety, she said. And McBee said she hopes to consider privatizing DFW International Airport to help create a public safety fund.

“We are going to have to do things that are not business as usual,” McBee said.

Former Republican state Rep. Jason Villalba, who enjoyed police support in the Legislature, called public safety his “No. 1 priority.” He proposed a plan that includes an increase in starting police pay to $65,000, improved healthcare benefits and retention bonuses. He is also open to pension-obligation bonds — a somewhat risky bet on receiving investment returns that beat the interest rate on the debt — to help bolster the pension fund. (Rawlings opposed the use of those bonds, which were used to… 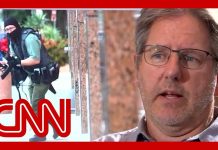 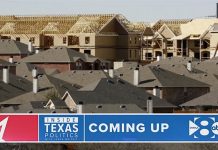 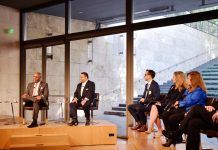