Safety regulators should make careful decisions on when to ground planes, when to put them back in the air, and when to start criminal investigations. .

Nobody wants an airplane to crash. Importantly, the Department of Transportation, the Federal Aviation Administration and the commercial aviation industry have worked diligently to prevent this from happening. Since February 2009, about 8 billion passengers have been carried in U.S. commercial aviation without a single passenger fatality — an exemplary safety record.

As a former chairman of the National Transportation Safety Board and a former secretary of Transportation, respectively, we believe that aviation safety regulators must be cautious to avoid unintended consequences. We are concerned about the potential impact of activities since the Ethiopian Airlines crash on March 10 in two respects — the process for grounding the 737 Max in some other countries and commencing a criminal investigation in the United States.

We commend the leadership of the FAA, supported by the secretary of Transportation, for making the difficult decision to ground the 737 Max based on the initial data from the second crash, as well as data from the October crash. Given the great impact of this decision, it should always be made based on data, not external pressure.

Airline pilot: Is it still safe to fly in a Boeing 737 Max? Don’t worry about it just yet.

The FAA has grounded airliners only three times in 40 years. The first two were the result of mechanical malfunctions that disabled the airplane so seriously, the risk of a catastrophe was too high. Those groundings resulted from the engine separating from the wing on a McDonnell Douglas DC-10 shortly after takeoff in 1979, and the lithium-ion battery fires in the Boeing 787 in 2013.

This most recent grounding, on the other hand, appears to have resulted from complex automation that pilots should be trained to respond to. Yet in two crashes several months apart, the pilots apparently did not know 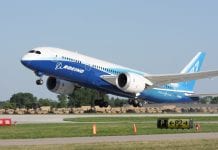 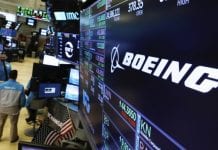 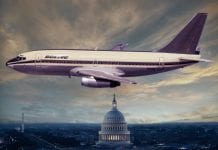 British politics is falling apart – the Tories are to blame,...