BEIRUT, Lebanon — Syrian militiamen paid by Iran have seen their salaries slashed. Projects Iran promised to help Syria’s ailing economy have stalled. Even employees of Hezbollah, the Lebanese group that has long served as Iran’s closest Arab ally, say they have missed paychecks and lost other perks.

Iran’s financial crisis, exacerbated by American sanctions, appears to be undermining its support for militant groups and political allies who bolster Iranian influence in Iraq, Syria, Lebanon and elsewhere.

“The golden days are gone and will never return,” said a fighter with an Iranian-backed militia in Syria who recently lost a third of his salary and other benefits. “Iran doesn’t have enough money to give us.”

Across the Middle East, Iran’s allies are showing signs of financial strain.

Some of that strain may simply reflect the impact of the prolonged armed conflicts in Syria and Iraq. Hezbollah, which had focused resources on confronting Israel along Lebanon’s southern border, has been diverting fighters and weapons to Syria for years. Shiite fighters directed by Iran helped battle the Islamic State after the militant group overran parts of Iraq five years ago.

But Hezbollah’s leader, Hassan Nasrallah, acknowledged the difficulties created by the American sanctions, criticizing them this month as “a form of war” and calling on the movement’s fund-raising arm “to provide the opportunity for jihad with money and also to help with this ongoing battle.”

The Trump administration says the strains show that the sanctions are effective. It sought to intensify the pressure on Tuesday by blacklisting 25 participants in what the Treasury Department described as a vast currency trading scheme that had funneled more than $1 billion to Iranian military operations in the region.

“Our pressure on Iran is simple,” Secretary of State Mike Pompeo said during a visit to Lebanon last week. “It’s aimed at cutting off the funding for terrorists, and it’s working.”

But analysts question how much funding cuts will change the behavior of these groups, which are relatively inexpensive, remain ideologically committed to Iran’s agenda and can promote it through local politics in ways that the United States struggles to thwart.

Iran has long relied on relationships with groups across the Middle East to boost its influence, serving as a patron of Hezbollah in Lebanon, Shiite militias in Iraq and Syria, the Palestinian militant groups Hamas and Islamic Jihad, and the Houthi rebels in Yemen.

While the extent of Iran’s support varies by group, the strategy has allowed it to project power beyond its borders, countering the United States, vexing Saudi Arabia and menacing Israel.

Last year, President Trump pulled the United States out of the Iran nuclear deal and reimposed sanctions, hoping to undermine Iran’s ability to fund its network of alliances.

Quantifying the strain on this network is difficult because Iranian support is covert and beneficiaries rarely discuss their finances. But interviews with fighters, officials and analysts who track the issue made the economic pain clear.

Iran provided substantial financial aid to the Syrian government early in the conflict, but it has recently failed to deliver on a promised new power plant in the country’s northwest and a credit line to help Syria import essential products.

“Given the financial situation in Syria, new funds from Iran would be… 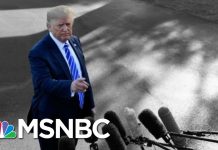 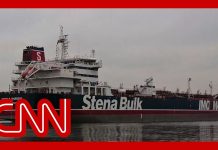 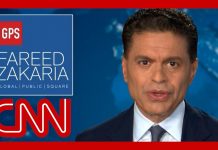 Sláintecare must not be sacrificed at the altar of Irish politics