Given that Saskatchewan was the first place in North America with a social democratic government, it’s not as if we are strangers to overheated rhetoric.

But there are rules and one of the more important rules here (and most everywhere in the country) is that you confine your politics to your own jurisdiction.

Saskatchewan Premier Scott Moe crossed that line this week in a tweet directed at Alberta voters urging them to unite behind one conservative party to defeat NDP Premier Rachel Notley.

“Dear Albertans, Prior to the formation of @SaskParty 20 years ago, our province was the example of what dividing the free enterprise movement will do: electing NDP governments, over and over again. United we win, divided we lose,” Moe tweeted.

Moe is supposed to be the premier for everyone in Saskatchewan. And he is addressing Albertans?

Essentially, Moe is engaging in the online equivalent of physically knocking on doors for Jason Kenney and Alberta’s United Conservative Party.

Why would he or others around him not get that there may be a problem here?

Sure, Moe has the right to his personal views and stating them in public likely surprises no one. Sure, it’s common to hear barbs thrown across the floor of the Assembly after the election in another province. 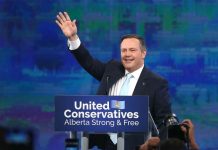 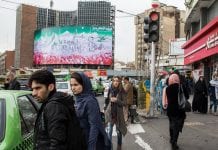 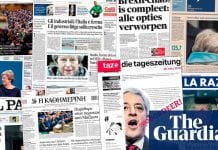 European press gets popcorn out for another chaotic day of Brexit

Tom Baxter: Politics is now permanently parked on the bench

What the cabinet has agreed at Chequers Brexit meeting