A high number of antisemitic incidents in the UK in the first six months of this year has been attributed to reactions to violence on the border of Gaza and Israel, and the continuing row in the Labour party over antisemitism.

New figures from the Community Security Trust (CST), which monitors antisemitism, showed 727 incidents between January and June 2018, a drop of 8% on the same period in 2017. However, it is the second highest figure recorded for similar periods.

Numbers spiked in April and May this year, “partly caused by reactions to political events in the UK and overseas, involving the Labour party and violence on the border of Israel and Gaza, in those months”, said the CST.

The CST said 77 antisemitic incidents in the first half of 2018 showed anti-Israel motivation alongside antisemitism, compared to 49 during the same period in 2017. 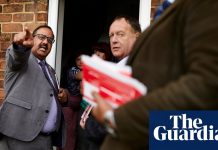 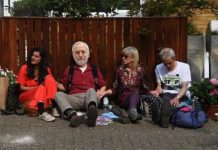 Jeremy Corbyn joins protest against himself outside his house

After life of politics, Wisconsin’s Walker must ask ‘Now what?’

Behind Trump’s stance on executive power, transformed US politics