Under the enigmatic political leadership of Muhammad Ali Jinnah, Pakistan came into being in August 1947, a Muslim majority state but not an Islamic state. During Jinnah’s 13-month governorship, the name of the country remained only “Pakistan.” However, it was labeled as an “Islamic Republic” in 1956.

After the demise of its founder, orthodox religious strata and state-supported radicalization emerged with the Objectives Resolution in March 1949, prepared by Liaquat Ali Khan and passed by the first National Assembly of Pakistan. This historic resolution was the first step toward legislation as well as the religious bias of all three constitutions categorizing Pakistani citizens as Muslims and non-Muslims.

Steadily, religious factions pierced through the socio-political fabric of Pakistan. The madrassas and street power of religious bands worked to strengthen and publicize their doctrines, all labeled as the true version of Islam.

The religious political parties became more powerful and patronized during the reigns of Zulfikar Ali Bhutto and General Muhammad Zia-ul-Haq because of public ignorance, as people could not differentiate between religion and politics.

Zia’s Madrassa Ordinance and dream of becoming Amir-ul-Mominen (“Commander of the Faithful”) brought him closer to the religious factions and religious political accumulations. Regrettably, this religious-based politics flourished through the 1970s and 1980s because of outrageous religious sentiments and policies of Pakistani regimes, and the Afghan war, Talibanization and the emergence of extremist groups pigeonholed Pakistan as an extremist nation-state.

About 15 registered religious political assemblages are still playing a foul game in the name of religion. Furthermore, many political collative fronts of these religious bodies partake in elections and parliamentary politics. Without proper ideologies, most of them are merely power seekers, as they have remained part of power politics even during the authoritarian regimes. 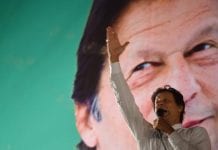 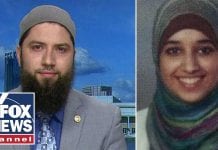 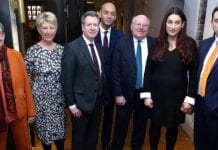