This article is the fourth in a five-part series on the battle for conservative hearts and minds in Australian politics. Read part one here, part two here and part three here.

The Christian right has been a forceful presence in American political life since the 1970s. Conservative Christians in Australia have attempted to mobilise religion in similar ways, but have not been able to gain a permanent foothold in our mainstream political culture.

Religion is never just religion; it can mean at least three different things. First, propositions about the world: Does God exist? Is Jesus his son? Second, an expression of shared identity: “we are Christians/Muslims/Jews”. A third approach understands religion as a “technology of self-governance”. That is, we reflect on our conduct and thoughts and try to live according to a moral code.

In the lives of the politically religious, these concepts are entangled. Australian political religion began as an expression of identity, but today draws much of its appeal on notions of self-governance. Yet this appeal has limited political potential.

For the first half of the 20th century, religious identity was a major faultline in Australian politics: Protestants tended to support conservative parties; Catholics generally favoured Labor.

Popular Protestantism emerged as a technology of self-governance associated with crusades for moral reform. Among Catholics, disproportionately less educated, religion was still understood as a form of group identity rather than a way of living. Australia, like other countries of European settlement, saw an alliance between Catholics and the left, despite the illiberalism of the Catholic hierarchy.

It was only in the 1930s that a new generation of Catholics (exemplified by B.A. Santamaria) adopted the style and rhetoric of Protestant politics. Santamaria called on Catholics to live their faith and let it specifically shape public policy.

A new generation of educated Catholics was enthralled. They defied the Labor and Catholic establishment to form the Democratic Labor Party (DLP) after the 1955 Labor Party split.

This period represents the high point of Australian political religion. The DLP was a distinctively religious party, overwhelmingly supported by Catholics, while the suburban Protestantism of Sunday schools and Freemasonry shaped Liberal politics.

Yet, the edifice of old Australian political religion began to dissolve in the 1960s. Social upheavals undercut the power of religion as a set of unchallenged norms…. 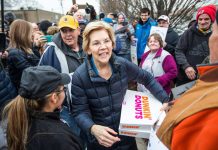 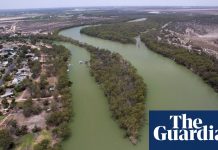 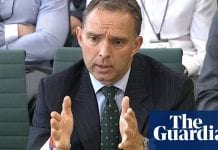 Ministers warned over planes and troops in no-deal Brexit