The Hill: A Tea Party group on Friday announced the launch of an attack ad against Deputy Attorney General Rod Rosenstein, urging him to “do his job, or resign” following the release of a controversial GOP memo alleging surveillance abuse at the Department of Justice.

The ad’s narrator describes Rosenstein as “a weak careerist at the Justice Department protecting liberal Obama holdovers and the deep state instead of following the rule of law.”

“His incompetence and abuse of power have undermined congressional investigations, led to stonewalling and tarnished the credibility of the Department of Justice,” the narrator continues. “Time for him to stand up for the rule of law and stand up for the American people. It’s time for Rod Rosenstein to do his job, or resign.”

After Attorney General Jeff Sessions recused himself from the probe into Russia’s election meddling, Rosenstein appointed special counsel Robert Mueller to lead the investigation. Rosenstein oversees the probe, and critics fear firing him would clear the path for Trump to target Mueller next.

Trump on Friday indicated that he does not have confidence in Rosenstein, telling reporters, “you figure that one out,” when asked. 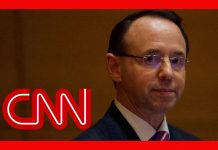 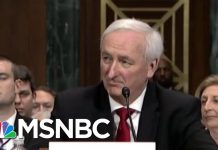 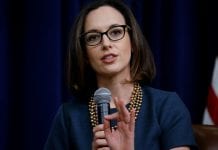