The Washington Post: One looming challenge Democrats face is to close what you might call the “pluto-populist gap” — the vast disconnect between how working-class whites perceive President Trump’s instincts and intentions on the one hand, and his full-on embrace of the congressional GOP’s plutocratic agenda on the other.

Democrats believe the massive tax cuts for the wealthy and corporations that Trump and Republicans are now pushing gives them a way of doing just that — just in time for the 2018 midterms.

Democrats are set to go up on the air with a seven-figure TV ad buy targeting House Republicans in multiple districts with a lot of working-class whites — as well as in districts with more college-educated whites, I’ve learned. The animating idea is that the GOP tax proposals — which will be featured in the ads — are likely to prove toxic among both those constituencies, and particularly among those working-class whites who switched from Barack Obama to Trump.

The template for the new ads is this spot that is going up this week in the district of Rep. Bruce Poliquin (R-Maine):

The ads are paid for by Not One Penny, a campaign launched by progressive groups to oppose all tax cuts for millionaires, billionaires and big corporations. Tim Hogan, a spokesman for the group, confirmed to me that it would soon announce an ad buy of more than $1 million, targeting 25 House GOP districts, with around a dozen of them heavy on working-class white voters.

The goal of the ads will be to hit two messages. The first is that the GOP changes to the tax code themselves would be enormously regressive, showering most of their benefits on the wealthy while giving crumbs to working- and middle-class Americans or even raising their taxes. The second is that these tax cuts would necessitate big cuts to the safety net later — the ad references $25 billion in Medicare cuts that could be triggered by the GOP plan’s deficit busting — further compounding the GOP agenda’s regressiveness down the line.

Geoff Garin, a pollster for the Democratic super PAC Priorities USA, tells me that his polling shows that this combination alienates working-class whites, particularly Obama-Trump voters. “They are fundamentally populist in their economic views, and they find big breaks to corporations and the wealthy especially heinous when the flip side of that means cutting Medicare and Medicaid,” Garin said.

Garin said recent polling by two Democratic firms — Hart Research and Global Strategy Group — had found that when the GOP tax plan is described to non-college-educated white men — Trump’s base — they oppose it by 58-34. Non-college-educated white women oppose it by 61-24. Garin said he’d advise Democratic candidates to campaign heavily against the tax plan among these voters.

“The tax bill is in some respects the ultimate betrayal of the Trump promise to working-class voters — that he would be on their side,” Garin said. “It’s a huge vulnerability for Republicans in those kinds of districts with working-class whites.”

This polling is helping to shape Not One Penny’s coming ad blitz, and Hogan, the group’s spokesman, confirms that around a dozen districts (the exact list is being finalized) will be heavy on working-class whites, ones that are also gettable for Democrats, such as Poliquin’s in Maine; Iowa’s 1st and 3rd; and Illinois’ 12th. But these ads will also target multiple House GOP districts with a lot of college-educated whites, ones that went for Hillary Clinton in 2016.

In this sense, the GOP tax bill may help resolve an argument among Democrats over whether they should focus primarily on well-educated low-hanging-fruit districts carried by Clinton, or whether they should expand aggressively into working-class white territory. The GOP tax plan — which will likely be widely opposed by both college-educated and non-college whites — can help bridge this divide. As Hogan put it to me: “The GOP tax plan has something for everyone to hate.”

To be sure, Democrats themselves have acknowledged that getting working-class whites to turn on Trump still poses a major challenge. Indeed, a pro-Trump group is launching its own ad campaign that frames the tax plan as integral to Trump’s “America First” agenda — which is to say, as something that Trump says is good for the working class. 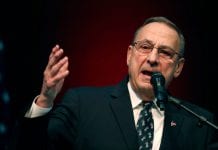 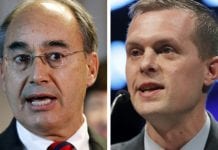 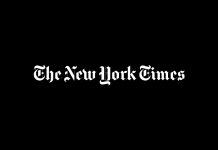