On Labor Day — designated a federal holiday in 1894 to honor America’s labor movement — at least eight Democratic candidates will hold rallies in five Midwest cities to tell workers just how far the country has veered from its pro-labor roots.

In 2018, each will face challenges from unconventional, labor-aligned candidates inspired to run by President Trump’s election and the decline of pro-worker lawmakers, which has resulted in a political system in the Rust Belt that favors the wealthy over the working class. Each candidate will center their campaigns on their support for a $15 minimum wage, progressive health care, and pro-union policies.

Cathy Glasson, a registered nurse and union leader in Iowa who will officially announce after Labor Day her campaign for governor in 2018, said that before this year, she had never considered running for elected office.

“This wasn’t in my plan, but as a union leader, you take action when you see the problems ahead and you don’t sit back and wait for things to change,” she told ThinkProgress. “That’s why I decided when I saw what happened with the legislature and the rollback of the minimum wage. We had raised the minimum wage in five counties in Iowa and this administration literally took money out of the pockets of Iowans — 85,000 Iowans were affected by the rollback here.”

Like other first-time politicians throwing themselves into 2018, Glasson has been a union member for decades and will prioritize the need for more American workers to join unions and employee associations.

“The number one job of any elected official, particularly the governor, should be to raise wages and improve the standard living for all Iowans,” she said. “The union movement and the Fight for $15 and its allies realize that low pay is not okay.”

Glasson’s campaign will have the backing of her union, the Service Employees International Union (SEIU). One of the country’s largest labor unions, SEIU and its Fight for $15 arm — a national campaign to raise the minimum wage to $15 — will announce Monday a push to elect labor-friendly candidates in 2018 in the Midwest states where unions once held tremendous power. The union will budget roughly $100 million for the 2018 midterm elections — around $30 million more than it spent in 2016 — to flip the once-Democratic states back to blue.

In Milwaukee, Wisconsin, Mahlon Mitchell, the president of the Professional Fire Fighters Association of Wisconsin who announced his run for governor in July, will rally with… 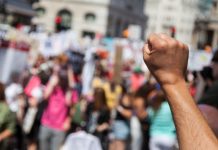 Op-Ed: The dangers of political showmanship 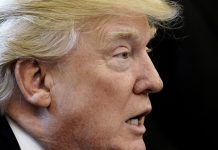 Americans Beg Trump for Secret to Staying So Young and Vibrant 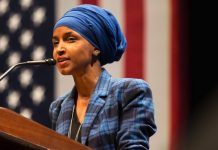 Clinton: ‘Of course there is’ a difference between dossier and collusion